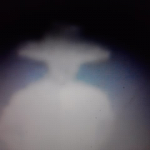 Hello, everyone. My name is Wyatt, and I've had the opportunity to run this wiki since 2012. You can call me by my real name or my Internet handles (CircleHunter, Captain Desdinova), it really doesn't matter to me.

And if it bugs you as much as it bugs me, my username here is Circle Hunter with a space between the words because some square had apparently claimed my Totally Original™ username when I registered.

I'm a former journalism major at Marshall University, soon to be at the University of Southern Mississippi. I feel like keeping a wiki makes for good practice. In my spare time, I contribute here (and other wikis), play some games, screw around on the guitar, and wonder when I'll finally be able to see Blue Öyster Cult in concert.

I've put several years of my life into this place, and the community as a whole. When I joined Within Hubris back in 2011, I was but a wee 15-year-old and had hardly a reason to think my life was anything important. After joining, I met some wonderful people, and those people are still close to me to this day. More and more come from time to time, and I'm glad to have had the opportunity to call them my friends.

Being in this community made me feel much more important, even though I really didn't do much for the ARG itself, considering I joined just before it was put on hiatus. I like to think that when Mora stepped down from the wiki, the reason she put me in charge was because I still had the passion about the story. That seems like a rare thing to come by these days, and I often find myself wondering if it's all been for naught.

I don't know if I'm full of shit for having faith that Alex Hall will come back and deliver the final part of the story that I've hinged so much of my time on, but I want to believe that the guy who gave me the community that saved me from some hard times is going to deliver something to his community, many of whom have lost so much hope.

I guess that brings me to now. I keep this wiki up because I'm passionate about the story. I love having been involved in something that changed my life for the better.

Here are some ARG-related things that I would love to find at some point.

I run a blog called Fan Drowned, which serves as a database of sorts for fan-made BEN DROWNED content, specifically videos. I started it way too late, and as a result of not having this idea earlier, much content has been lost as users sometimes remove videos and, in some cases, delete their YouTube accounts. However, I've countered this problem with my own solution. I've downloaded literally every BEN video I could find on YouTube, backed them up, and am storing them on my own in case something like that happens to the remaining content.

I post a new video from my archive once every three days at 11:30 PM EST, and on super special update days, I may alter the usual post schedule to fit around them suitably. As of now, I have a total of 328 videos. This is roughly enough content to keep my blog active for about 2.5 years.

Unfortunately, the project is on hiatus (irony!) because I have a demanding life and cannot afford to keep it up at this point. Maybe one day I will find the time to set a year's worth of content to auto-post. Is that cheating? I hope not, because it's a damn good idea.

Retrieved from "https://jadusable.fandom.com/wiki/User:Circle_Hunter?oldid=23068"
Community content is available under CC-BY-SA unless otherwise noted.